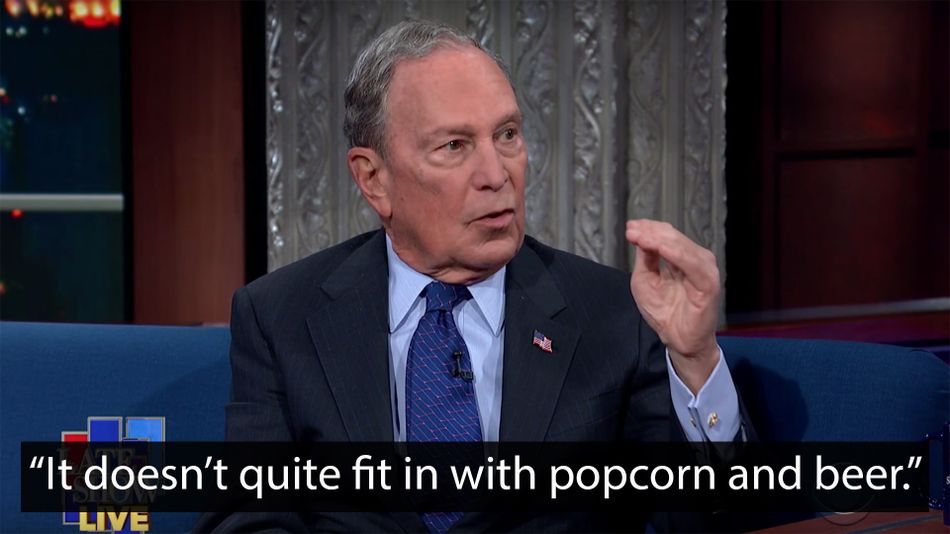 As you probably already know, Democratic presidential candidate Michael Bloomberg has a fair bit of money up his sleeve. And he recently used $10m of it to secure a nice 60-second ad slot in the upcoming Super Bowl.

During the former New York mayor’s appearance on Tuesday night’s live edition of The Late Show, Stephen Colbert tried to wheedle out some hints about what the ad may contain — notably, Colbert recently made it clear he’s not keen on political ads airing during the Super Bowl.

“The only thing I’ll say is it’s a serious subject,” Bloomberg responds in the clip above. “I’m a believer that I should be spending my money to do what I think is right and give people options, and it doesn’t quite fit in with popcorn and beer, but it’s a chance to reach an awful lot of people and it talks about something that I care very much about, and I think is important to the country.” Read more…