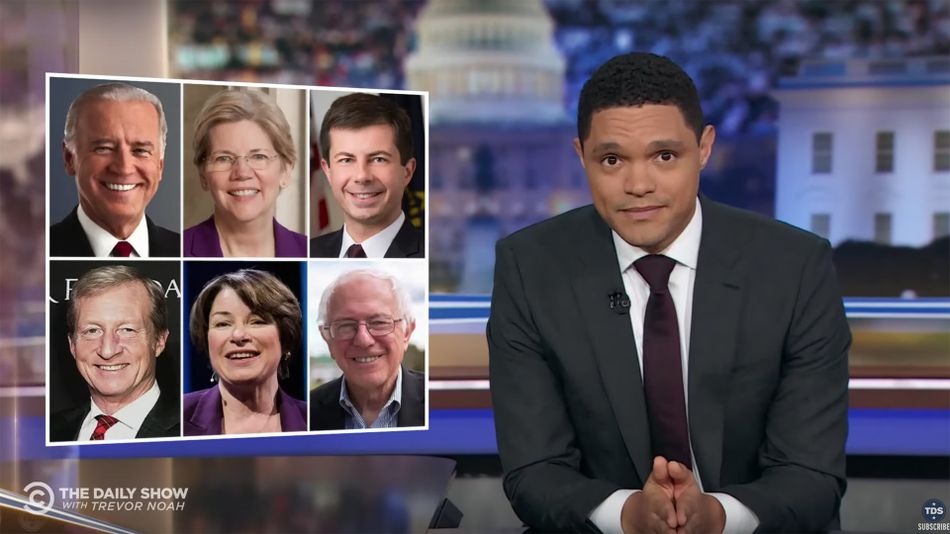 Another day, another Democratic debate.

With only six candidates, Tuesday night’s Iowa clash was the smallest Democratic presidential candidate debate so far. And, as Trevor Noah pointed out during a live edition of The Daily Show, it was also the whitest.

“Six candidates, all of them white,” says Noah. “Which is amazing odds. I mean, even a carton of eggs will sometimes have a brown one thrown in accidentally.”

The host went on to highlight some of the more memorable moments from the night, including Bernie Sanders clashing with Elizabeth Warren (“it’s like seeing R2-D2 and C-3PO become enemies”) and the latter laying waste to all the men on stage with her comments about their losing records. Read more…