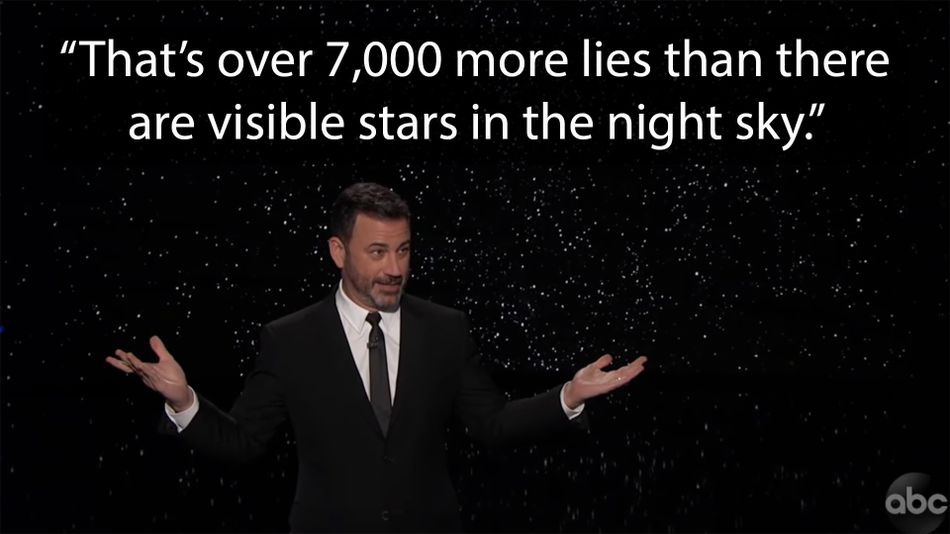 Over the course of the three years he’s been in office, how many lies do you reckon Donald Trump’s told? Well, according to the Washington Post, it’s a solid 16,241.

“Since taking office Trump has racked up more than 16,000 false or misleading claims,” says Jimmy Kimmel in the clip above. “16,241 lies, and that’s just in public — that doesn’t even include the time he told Don Jr. he loves him.”

Kimmel goes on to say the number is so big, it’s hard to even comprehend. His solution? A few handy visual representations to help break the figures down.

“That’s over 7,000 more lies than there are visible stars in the night sky,” Kimmel says, standing before a giant constellation comprised of the word “lie.” Read more…