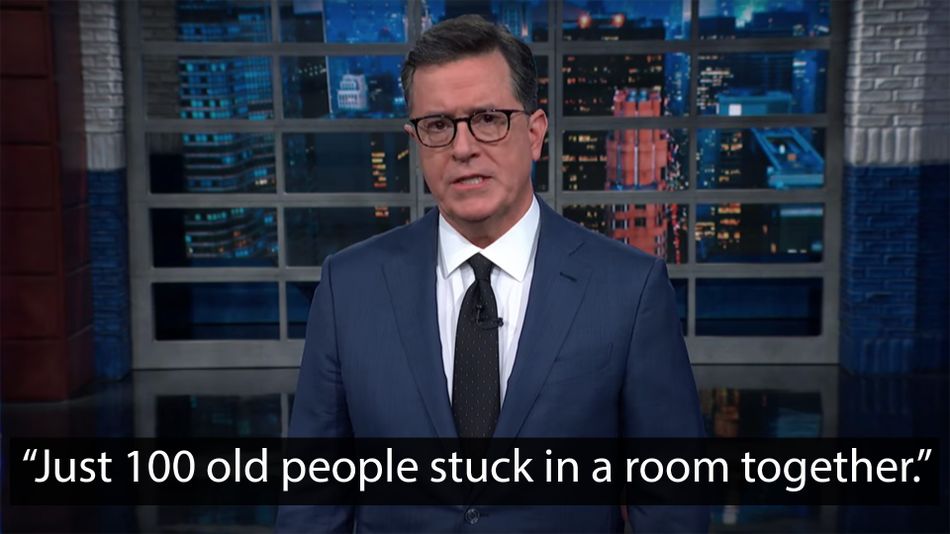 So, impeachment round two is officially kicking off in the Senate — but going into day one, the main topic on everybody’s lips was Mitch McConnell’s eyebrow-raising rules.

“No evidence, no witnesses,” says Stephen Colbert in the clip above. “Just 100 old people stuck in a room together. This isn’t a trial, it’s the four o’clock dinner rush at Denny’s.”

Colbert goes on to break down all the main action from Tuesday — from one very shouty White House counsel to Rep. Adam Schiff’s no-nonsense comebacks — before finishing as he started: with some more baffling rules (this time about what senators can drink during the trial, and where they can walk). Read more…