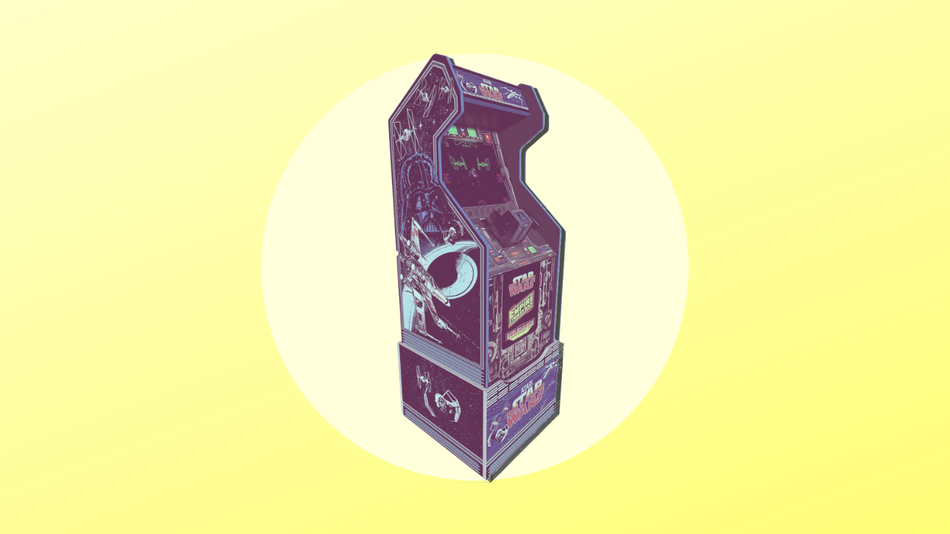 TL;DR: Journey to a galaxy far, far away with this awesome Star Wars Arcade1Up cabinet — it’s $103 off as Amazon’s deal of the day.

The Rise of Skywalker and The Mandalorian hype has died down by now, but we’re still craving more Star Wars content — as usual. This time, we’re feeling like going back to the classics.

This Arcade1Up cabinet contains three games based on the original Star Wars trilogy (A New Hope, The Empire Strikes Back, and Return of the Jedi), and it’s over $100 off right now$103 off, to be exact.

Venture into a galaxy far, far away and engage in the space adventure of a lifetime without having to actually leave the atmosphere. The sense of nostalgia doesn’t just begin and end with the three included games, though — you’re sure to feel a blast from the past with a retro-as-hell arcade cabinet in your own home. The machine features a full-color 17-inch display, dual speakers, and a replica flight yoke controller in addition to the other assorted buttons. The art and illuminated marquee are accurate to the original cabinet from back in the day, too. In other words, it’s pretty sweet.  Read more…