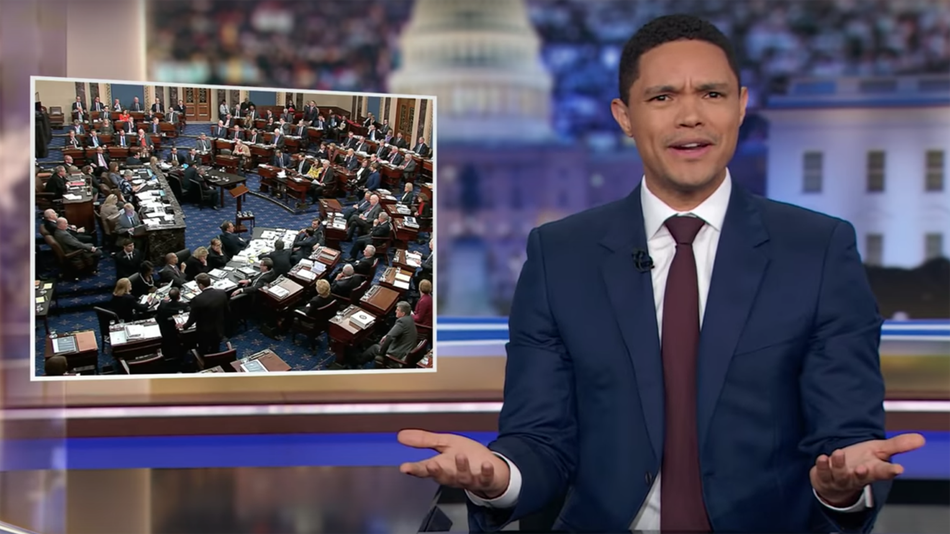 An impeachment trial is a fairly important event, given that it will literally decide whether or not the president stays in office.

But some senators are apparently not all that enthralled. In the clip above, Daily Show host Trevor Noah recaps how some of them have been absent during Donald Trump’s trial, or even leaving early.

“This is not a good look, people,” says Noah. “Senators are just leaving the room and then doing their own thing in the middle of an impeachment trial? You can’t just walk away. This isn’t a conversation with Ted Cruz.”

Noah goes on to emphasise that these senators are jurors in a trial against the president. Read more…