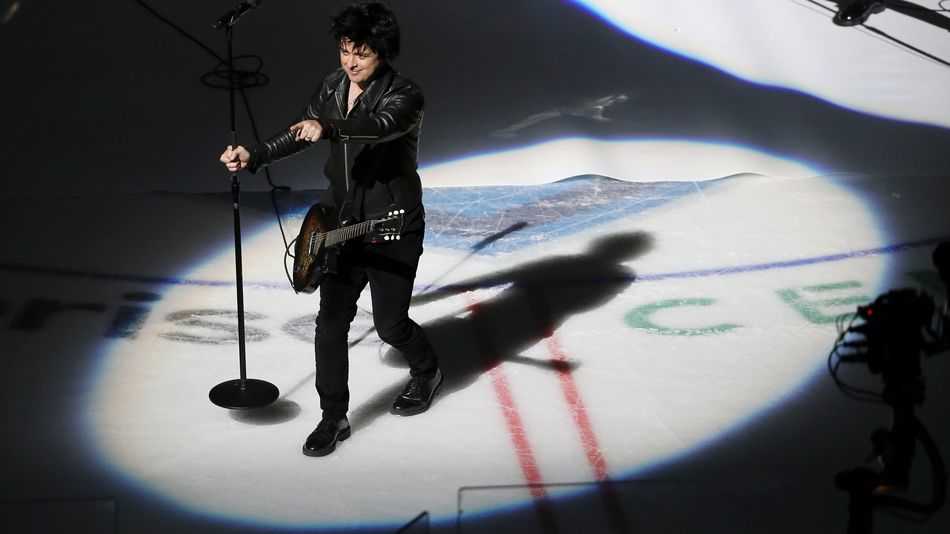 Despite his best efforts to the contrary, Green Day lead singer Billie Joe Armstrong may have come off as quite the American Idiot to NHL TV censors.

Green Day performed between periods at the National Hockey League’s (NHL) All-Star game in St. Louis, Missouri, hosted by the NHL’s St. Louis Blues on Saturday. The band recently signed a multi-year deal with the NHL to appear at games and use their new track, Fire, Ready, Aim, in league promotions.

During the band’s medley of Basket Case and American Idiot, Armstrong dropped multiple f-bombs in the songs as well as in apparently improvised call-outs to the crowd. He implored the good people of St. Louis to “put your fuckin’ hands up,” and then made the proposition “lets go fuckin’ crazy” — twice! Read more…