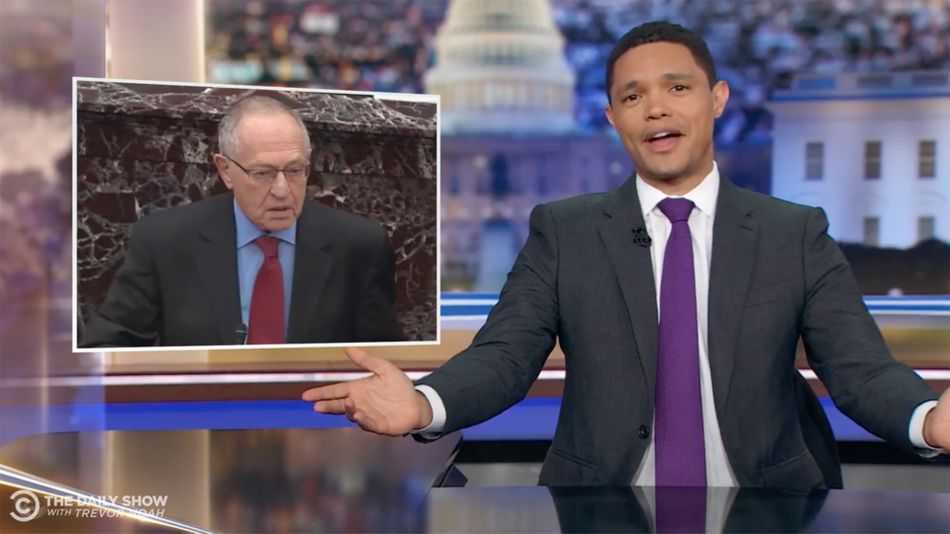 You can practically feel Trevor Noah’s exasperation growing by the day.

Last week he slammed the bored senators at Donald Trump’s impeachment trial for not doing their jobs properly, and on Wednesday night he turned his attention to the president’s legal team. Specifically attorney Alan Dershowitz, who appeared to be arguing that Trump couldn’t be impeached for trying to get himself re-elected, if he believed it was in the public interest.

“Ladies and gentleman, we have finally arrived,” says Noah in the clip above. “First it was, ‘There was no quid pro quo.’ Then it was, ‘Maybe there was a quid pro quo, but it was to help the country, not Donald Trump.  Read more…