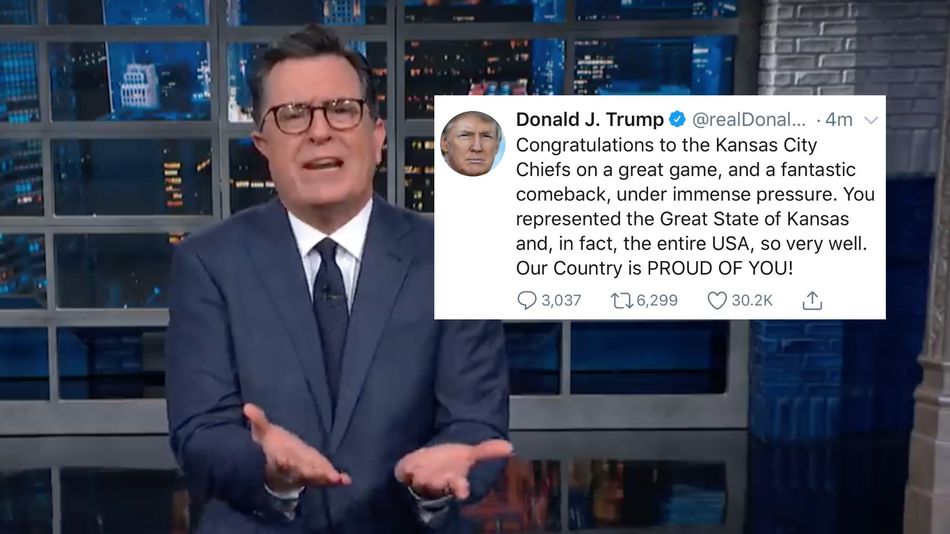 Trump’s Twitter feed may be a terrible, terrible place, but it serves up no shortage of material for the late night hosts to pick apart. The latest gaffe? A tweet the president posted on Sunday, congratulating the wrong state (Kansas) for the Chiefs’ Super Bowl win.

“Here’s the thing you already know,” says Stephen Colbert in the clip above. “The Kansas City Chiefs are based in Kansas City, Missouri.” A moment later, the Late Show host busts out his trademark Trump impression: “Oh, I know Missouri. It’s the ‘Show Me State’, because you have to show me where it is on the map.

“Is it the one that looks like a pork chop? Trick question, they all look like pork chops to me.” Read more…