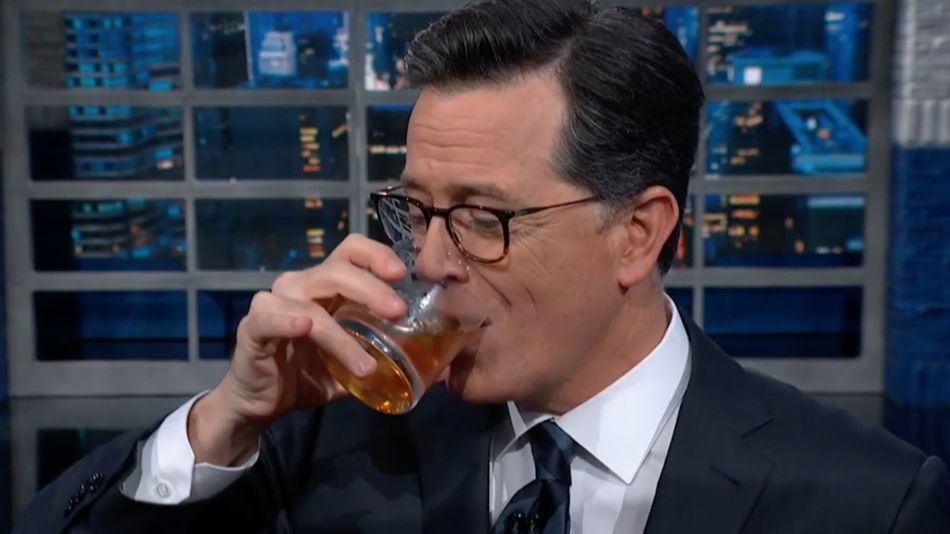 Stephen Colbert had more than a few thoughts to share on Trump’s Tuesday night State of the Union Address — but before he did, he needed a stiff drink.

“I hope my boss doesn’t find out,” says Colbert in the video above, sipping from a glass of whisky. “Oh wait — that’s me.”

In the 11-minute monologue that followed, the Late Show host broke down the most memorable moments from the speech, from Trump’s remarks about high-speed internet for rural America (“To which Iowa replied, ‘That would have been handy yesterday”) to the president’s stat about “a record number of young Americans” being employed (“Mostly campaigning for Bernie.”). Read more…