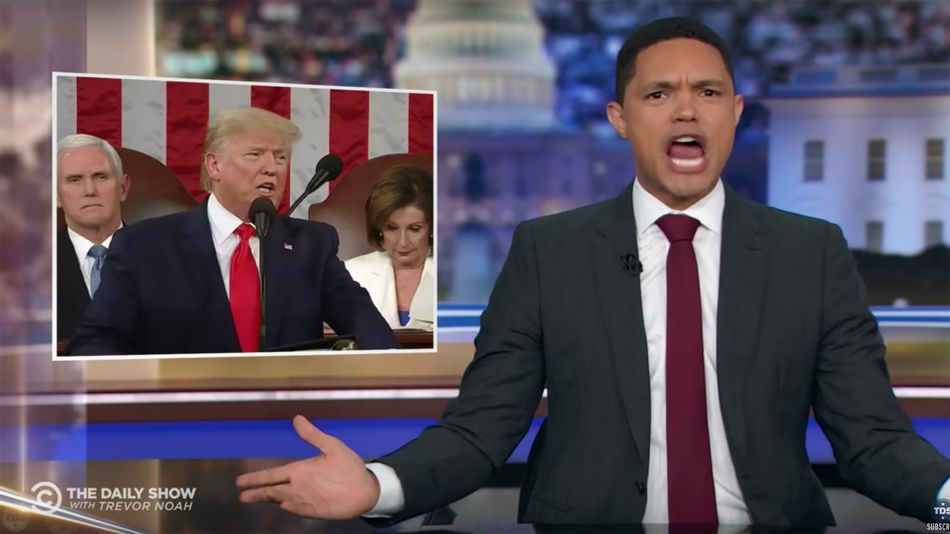 Trevor Noah started his monologue about Trump’s State of the Union Address as he meant to go on — by pointing out how weird the whole thing is in general.

“Why does the president get to give his own job evaluation?” says the Daily Show host in the clip above. “That’s strange. Nobody else gets to do that. He’s just up there like, ‘My economy, the best ever! My military, the best ever! My children, eh, D+. Eric, Eric, you’re holding us down.'”

Noah goes on to point out that the speech was particularly odd this year, because it was happening in the middle of Trump’s impeachment.

“That is wild,” Noah says. “It’s like you’re in the middle of firing someone who’s belligerent at work, but then you get interrupted by their birthday party.” Read more…

More about Donald Trump, The Daily Show, Trevor Noah, State Of The Union, and Entertainment