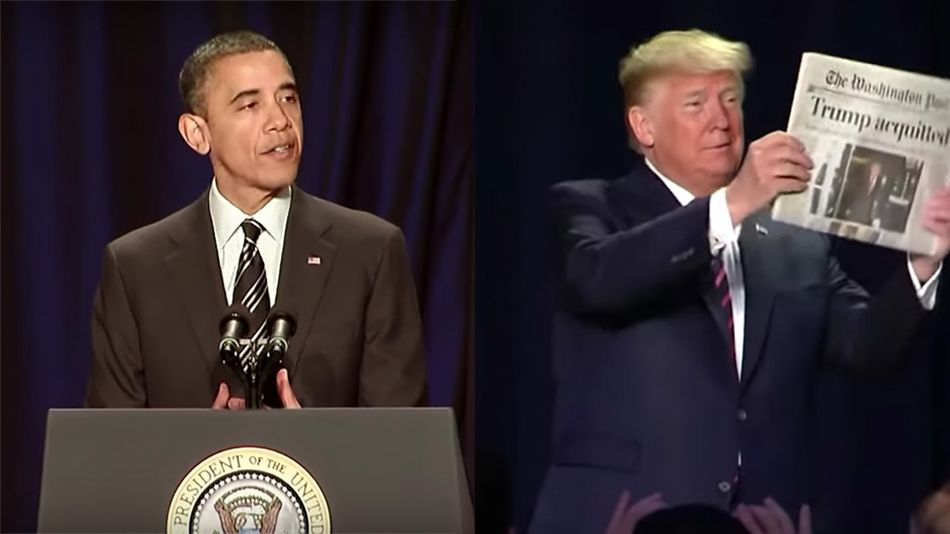 After the angry chaos of an impeachment trial, there’s nothing like a nice prayer breakfast to calm everyone down and give some much-needed perspective.

Unless you’re Donald Trump, that is. As many of the late night hosts pointed out on Thursday, Trump’s speech during the event didn’t exactly constitute an olive branch.

“This is supposed to be a non-partisan event,” says Jimmy Kimmel in the clip above. “It goes back to 1953, and every president since Dwight Eisenhower has been to the prayer breakfast, including President Obama, to whom Trump loves to compare himself. So for comparisons sake, we did that too, and this is what it’s like to be at a prayer breakfast with President Obama versus President Trump.” Read more…