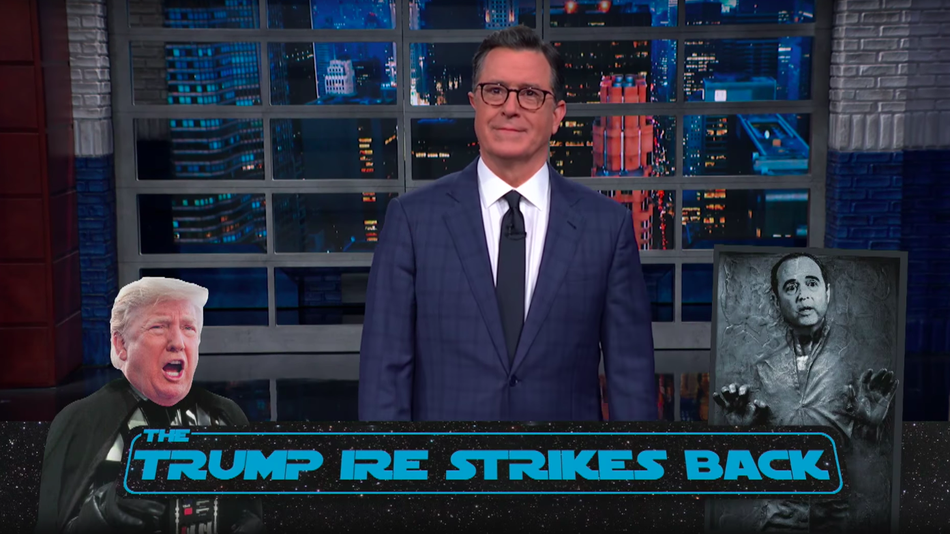 The Trump impeachment trial concluded in a predictably dissatisfying manner, leaving the “impeached forever” president in office to continue choking out the country with his tiny hands. Trump is now focused on retaliation against anyone he thinks wronged him, going on a firing spree despite Republican senators’ requests. Unfortunately for them, Late Night host Stephen Colbert was unsympathetic to their plight.

“You voted not to do the one thing that could have taken him down,” said Colbert. “That’s like saying ‘Now that we’ve gotten rid of all the town’s silver bullets, that werewolf will really listen to us.'” Read more…