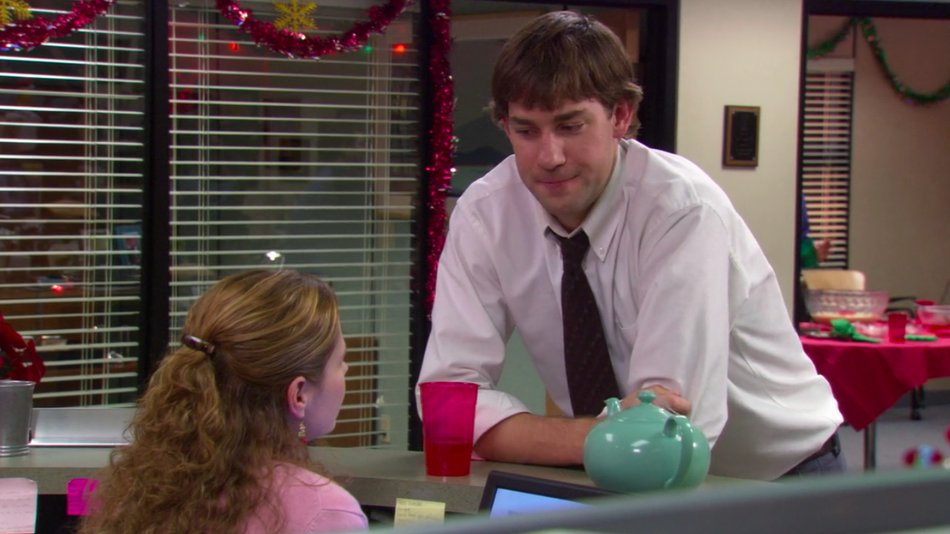 Warning: This post contains spoilers for Episode 16 of the Office Ladies podcast.

It took nearly fifteen years, but we finally have some tea on the teapot that Jim gave Pam in The Office’s first Christmas episode.

On the latest episode of the Office Ladies podcast, former co-stars Jenna Fischer and Angela Kinsey talked about Season 2, Episode 10 of The Office, which holds some of Jim and Pam’s most memorable moments.

In the episode, titled “Christmas Party,” the group plans to have a Secret Santa holiday party, but after Michael receives a handmade oven mitt from Phyllis, he forces everyone to play Yankee Swap instead. In a series of unfortunate events, Dwight winds up getting the teapot (filled with sentimental inside jokes and a revealing card) that Jim bought for Pam as her Secret Santa. Jim spends the majority of the episode trying to get it back, and after Pam finally convinces Dwight to swap presents with her, Jim swipes the card from the box before she has a chance to read it. Read more…