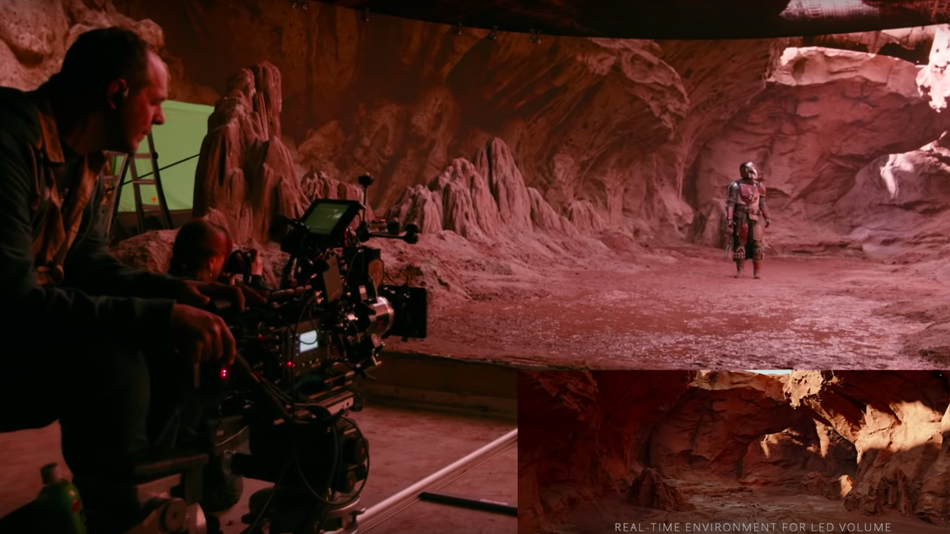 The visual effects company behind Star Wars, Industrial Light & Magic, has dropped a video showcasing how they used Epic Games’ Unreal Engine to create landscapes for The Mandalorian. It looks amazing, and has the potential to drastically reduce the prevalence of green screen in the filmmaking industry.

The company used Unreal Engine to build entire 3D environments for the Star Wars live action series, displaying them on giant LED screens surrounding the set. Not only did this mean practically everything could be captured in frame, it also provided actors with some context to help their performances. It’s much easier to act when you’re looking at a sweeping desert instead of a green screen. Read more…

More about Star Wars, Behind The Scenes, Epic Games, Unreal Engine, and The Mandalorian