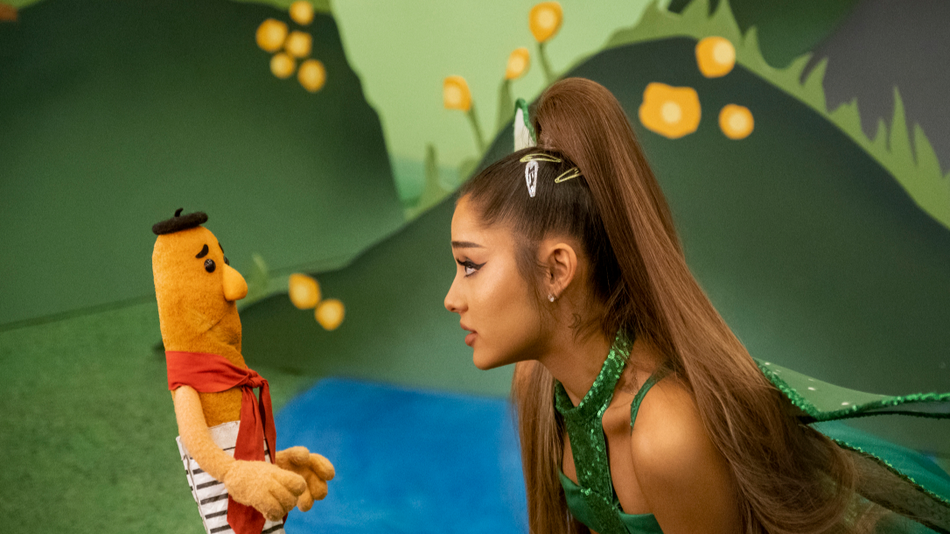 Fans of Showtime’s Kidding are used to having our imaginations stretched, but Season 2, episode 5 pulled off a whole new fantasy. We spend the entire time inside an episode of Mr. Pickles’ Puppet Time, complete with musical numbers, emotionally volatile puppets, and the fairy of hope (in flats!): Piccola Grande (Ariana Grande).

With Piccola’s help, the puppets of Pickle Barrel Falls prepare to say goodbye, and Mr. Pickles himself (Jim Carrey) gets ready to sign divorce papers, surrendering the dregs of his marriage to the incontrovertible reality that set in after his son’s death.

“There were a lot of wrong ways to write this TV show,” showrunner Dave Holstein tells Mashable in a phone interview. “One of those ways would’ve been just to sit back and watch somebody spiral into madness. For me, it was about starting a show in darkness and walking it closer and closer to the light every year.” Read more…