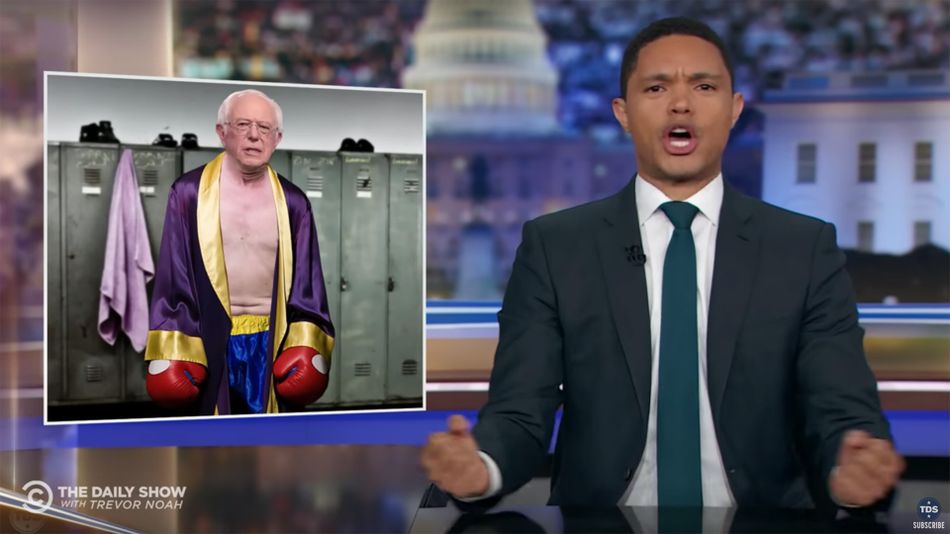 The final Democratic debate before the South Carolina primary took place on Tuesday, and Trevor Noah was on hand to break down all the action — from the heated attacks to the chaotic shouting matches.

“Yeah, it was wild tonight,” the Daily Show host jokes, after playing a clip of the candidates yelling at one another. “I haven’t seen white people go at each other that hard since khakis were on sale at Banana Republic.”