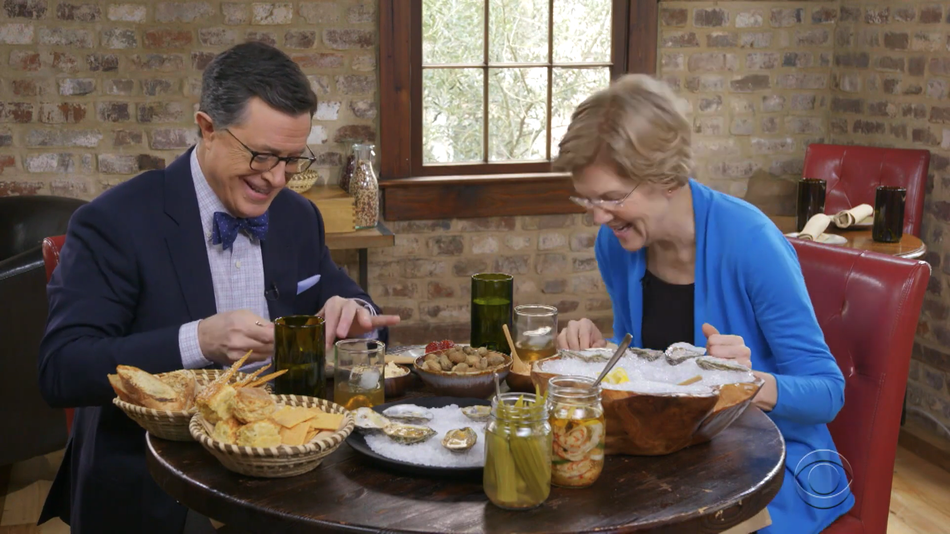 The South Carolina primary is on the horizon, where 2020 presidential candidates will be attempting to get through to the hearts and minds of voters in the state. According to Stephen Colbert, whose home state it is, “To get to a South Carolinian’s heart you have to go through their stomach, the contents of which will eventually end up in their hearts.”

That’s what he told Democratic candidate Sen. Elizabeth Warren when he traveled to the state to hang out and feast on South Carolina’s cuisine. “It’s very rich, you’re gonna want to tax it,” he advised.

The pair sink bourbons, oysters, boiled (read: damp) peanuts, politically-loaded ribs, and play a billionaire quiz game. Does Warren know her Zuckerberg from her Scrooge McDuck, her Bezos from her Bloomberg? Read more…