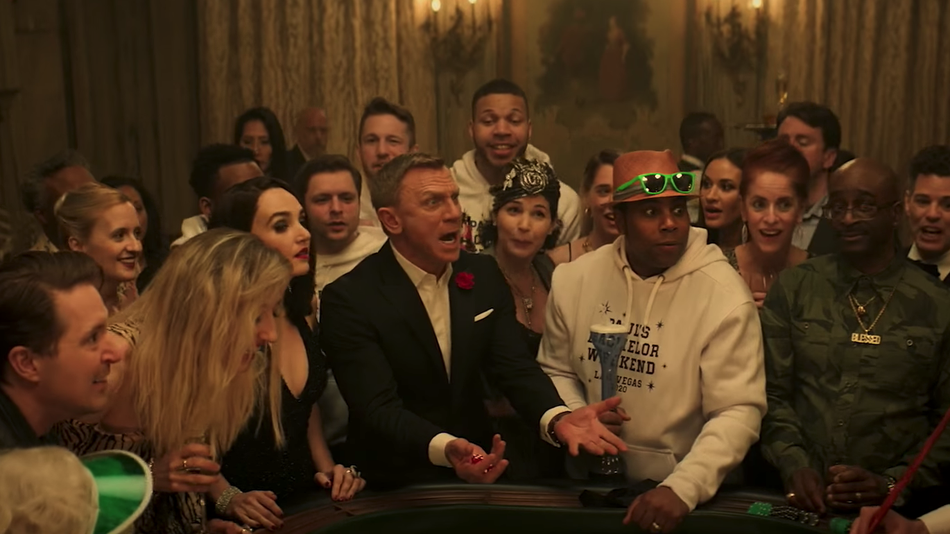 James Bond gets to fly around the world and attend cool parties, but rarely does the fictitious spy ever get to enjoy his international vacations.

That changed on this week’s Saturday Night Live, when host Daniel Craig appeared in a digital short featuring Bond going to a casino — and actually having a good time. 007 is in the middle of a covert meeting when he ends up at a hot craps table, with the casino’s enthusiastic clientele (including Kate McKinnon as a smarmy retiree and Kenan Thompson as a bachelor party bro) all congregating to cheer him on.

In a moment of rare if unseen joy in 25 movies, Bond ignores his meeting about Spectre, eschews his usual drink order, and lets loose with a howl of joy and a vodka with Red Bull. At the height of his enjoyment, you can even hear Craig’s Southern accent from Knives Out sneaking in — a film in which Craig appeared to be having the time of his life.  Read more…