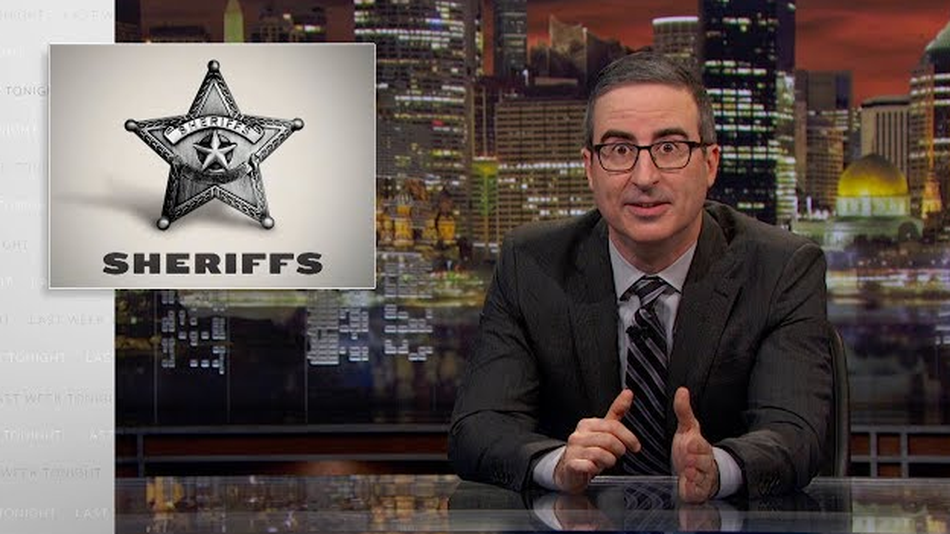 The word “sheriff” might conjure up something of a folksy image, but what do you really know about these elected enforcers of the law?

In the clip above from Last Week Tonight, John Oliver breaks the role of sheriff down in detail: from the good, to the bad, to the downright strange. (Seriously, some of the campaign videos and ads, including the sheriff who thought he ought to run through his past indiscretions in order to get the jump on his opponents, are impressively bizarre.)

“Too often, sheriffs are the law wherever they live, and if you’re wondering, ‘I don’t even know who my sheriff is, do I have a bad one?’ the very fact that you’re asking that is kind of the problem here,” Oliver concludes. “Because sheriff elections, like most down ballot elections, do not receive nearly enough attention. And often, they aren’t even competitive.” Read more…